In 2015, the KNVM has awarded the Leeuwenhoek Medal (previously awarded by the KNAW) to Dr. J. Craig Venter, who made very important and excellent contributions to microbiology. The award was presented by the State Secretary of Education, Culture and Science Sander Dekker. Since 1877, this medal has been awarded once every 10-12 years. The winner gave a presentation at the KNVM-NVMM microbiology congress 2015 (scientific spring meeting) in Papendal, Arnhem, and obtained a honorary membership of the KNVM. 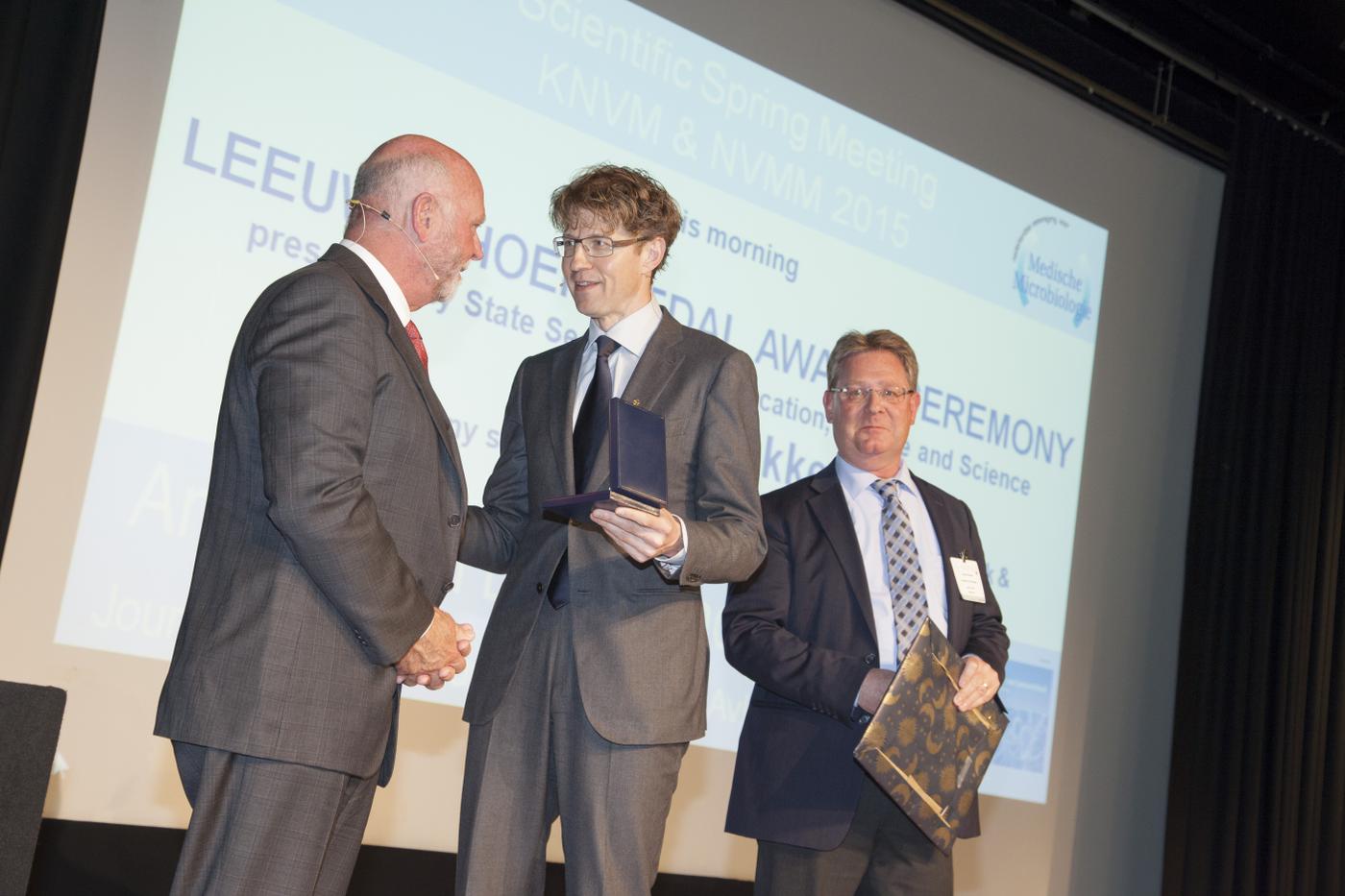